In trading on Monday, shares of Wal-Mart (WMT) and American Express (AXP) were largely unchaged while Green Dot was down about 20%. Investors have been watching closely to see whether Wal-Mart will renew their current agreement with Green Dot which is set to expire at the end of 2012. 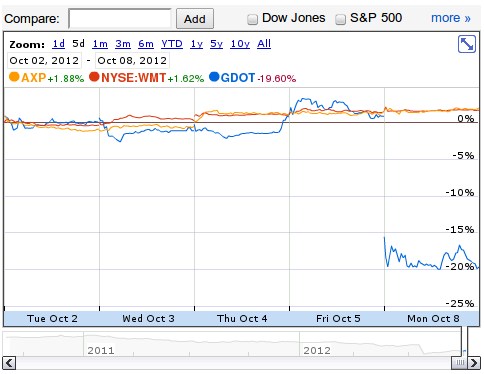 Fees for the Bluebird debit card

According to a reuters article:

Cash withdrawals from the 22,000 ATMs in the MoneyPass network carry no fees or surcharges for customers enrolled in direct deposit. For those without direct deposit, withdrawals are $2. For out-of-network ATMs, each withdrawal is $2 and additional operator fees may apply.