Brad Mccarty on The Next Web writes about the Simple Debit Card. 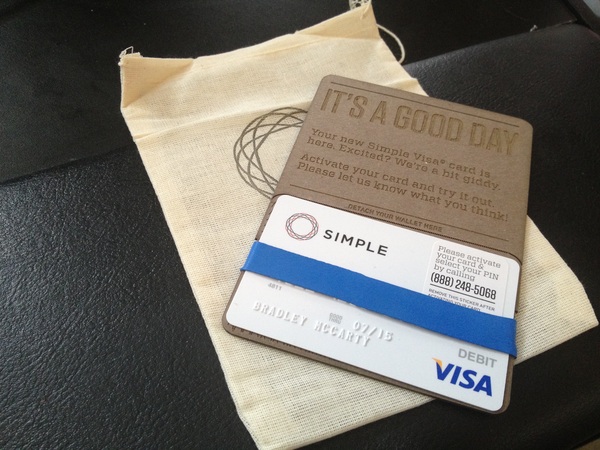 Their "unboxing" is pretty awesome! Definitely brings a new level of design and delight to the financial services industry.

So, I'm a Drupal fanboy. Naturally. But there's been some amazing work recently by the Drupal Accessibility Team that I wanted to highlight.

According to Drupal's Statement on Accessibility:

Economist Dan Ariely has an interesting post on what boyfriends/girlfriends are searching for.

I thought - what about the husbands and wives of the world?

Times Square got some new lane lines for biking and, apparently, horses.

We ran out of coffee beans this morning so I went to Starbucks. The news-stand said it all:

I guess as my friend Travis Jo said about her Peace Corps experience "International development [and security and...] is tricky."

I've been in Argentina for almost two months and finally found some decent beers. Quilmes and Brahma and friends are, frankly, not going to cut it for me.

The first place that was recommended to me was Buller Brewing Company (ratebeer review) which turned out to be pretty good. They have a selection of about 8 beers which were all decent, though none were really amazing. The dry stout was probably the best variety that they had. I went to the location near Recoleta cemetery which of course is a nice tourist area on its own.

In a non touristy location is Cossab - at Carlos Calvo 4199 - which is just a standard corner bar which happens to serve hundreds of local and international beers. The international selection is dominated by Dutch/Belgian varieties and a few standards (Guinnes - duh). In addition to great beers, Cossab also has quite good food including a Wednesday Night "Pizza Libre" night where "Libre" means all you can eat instead of just "free". For 10 Pesos, it's a good deal.