This year, Drupalcamp Colorado is taking on the topic of "Large Scale Drupal" - a phrase that was popularized by Dries Buytaert. We're taking that phrase and using it in a generic sense to help set a focus for our event.

Matthew Saunders wrote a great overview of the camp, so if you're interested and need more convincing to come, read that. This is an update on our tracks and some great sessions that have been accepted already.

We're taking that theme as inspiration for our sessions which will be across 4 tracks:

Today we are excited to announce the first 9 sessions that have been selected. Session Submission is still open until July 11th. We've currently got too many sessions in /Development and Site Building/ and not enough sessions in the other categories. So...if you have something to say in those other areas, please submit a session (note, you have to login first, and you should register too).

First sessions that have been accepted:

There are some sessions we know we're going to accept because they come from great presenters on popular topics that match our theme. Below are the 9 sessions we knew we could accept now. 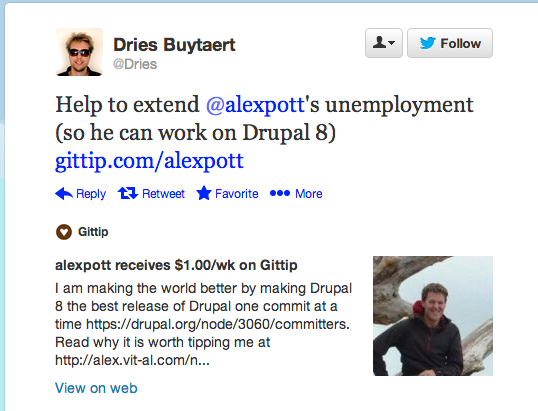 I recently wrote about setting up Jenkins. My next step was making it do something useful to help our team become more efficient. In most any team it's likely that you'll get some folks for whom "just use drush sql-sync" is not a reasonble solution.

My goal: get a database backup into dropbox on a regular basis and make sure no sensitive customer data is in that backup.

Make a Database backup of the live site

We're running jenkins on a non-production server (for a variety of reasons). So, we get a backup of the live database into a temporary scratch database using the drush aliases feature. That process sanitizes it a bit using the sql-sanitize feature of drush. Then we dump out that database.

Meta tags have gone back and forth in terms of their usefulness for promoting your site. In the late 90s they were a way for nascent search engines to easily categorize sites, then they were abused for keyword stuffing unrelated to page content and their use waned, but they are back again with three major purposes: Facebook Open Graph, Google Authors and Page titles. These are not necessarily "SEO" purposes, but the goal is ultimately the same: making sure that your site puts its best foot forward to gain new visitors.

The basic Metatag module setup is pretty straightforward. Download the latest version from the metatag project page. If you don’t have them already you will need the CTools and Token modules.

There were a few different things I wanted to achieve with the Facebook Open Graph support. Basically, whenever someone includes our page on Facebook I wanted to make sure that the title, description text, and image that Facebook pulled in were the best possible images. I expect that most of the "liking" will occur on our card landing pages. So, I enabled the "Meta tags: Open Graph" sub-module that is included in the main Metatag module. Then I added a meta tag default for the "Campaign" node type by clicking on the bright "Add a meta tag default" at the top of the page on the page at Administration - Configuration - Search and metadata - Meta tags.

This post was originally written in June of 2007 on pingv.com. Since that company is no longer in business, I revived it from the web archive. Thanks, web archive!

Well, here we are. Drupal 7's release is imminent and once again here are some statistics for folks to review. This is a truly amazing feat: over 950 people were credited in the commit messages as a contributor to Drupal 7. There were, of course, several thousand people involved in the issue queue but a mention in the commit message is reserved for people who did a serious amount of work whether that was writing code, design, reviewing, creating tests, writing text (i.e. documentation), or some other form.

Analysis of the Drupal Commit Data

Here are some items I noticed.

If we group people together into 9 somewhat logical groupings we can see this classic distribution.

You can get the file as an OpenOffice.org spreadsheet (.ods) or from Google docs

The top 10 Drupal 7 Contributors (as measured by this method) 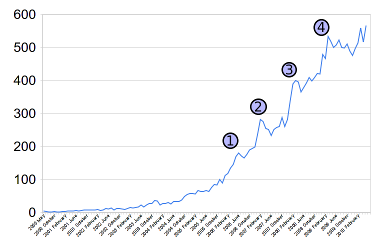